SalamAir Selects the Embraer E195-E2 for Next Stage of Growth

SalamAir has signed a firm order with Embraer S.A. (“Embraer”) for six E195-E2, with options for a further six aircraft.

SalamAir has signed a firm order with Embraer S.A. (“Embraer”) for six E195-E2, with options for a further six aircraft. The E195-E2, the quietest and most efficient aircraft in its class, will be delivered in a comfortable dual class configuration with 135 seats, beginning at the end of 2023. The deal, which will be added to the Q3 backlog, is valued at US$934.6 million, at list price with all options exercised. 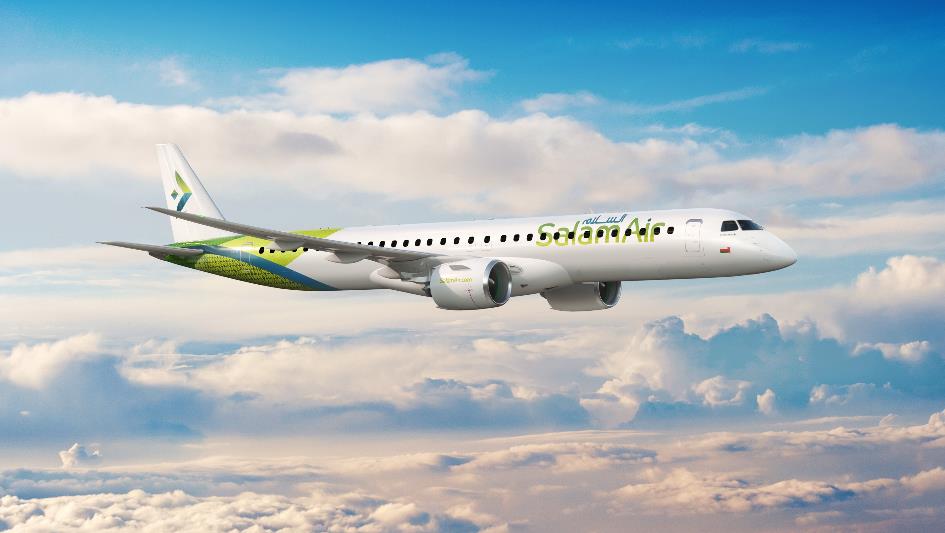 The Muscat based low-cost carrier has opted for the E195-E2 to join and complement their all Airbus narrowbody fleet for the benefits and flexibility right-sizing provides; protecting yields while growing frequencies, and developing new markets and city pairs profitably.

Captain Mohamed Ahmed, CEO of SalamAir, said, “The aircraft will grow to be a core part of our fleet portfolio. It is exhilarating for us to be the first airline in the Middle East to fly the incredible E195-E2. Embraer’s aircraft represents the best environmental efficiency, operating performance, and passenger comfort. The aircraft’s sophisticated aerodynamics, novel wing design and new technologies enable its exceptional energy efficiency. These aircraft are perfect for the next frontier of our growth. They will allow the airline to open new local and regional cities and increase its frequency to these destinations due to its fuel efficiency and capacity, which suits the needs of these markets. The new fleet will be used on domestic flights initially, including the 4 oil fields and 4 international airports within Oman, as we receive more aircraft we will be able to use them on regional airports in neighbouring countries which today are not connected to Oman.

Arjan Meijer, President and CEO Embraer Commercial Aviation, added, “It’s great to be growing in the Middle East, a region that has often focused on long-haul travel. For Embraer it is also important to see a pioneering low-cost carrier like SalamAir recognize the value that E-Jets deliver in the LCC scenario, complementing larger narrowbodies to grow and maintain networks.”