Airbus (AIR.PA) is quietly relaxing pressure on suppliers to commit to a sharp output hike to 75 narrow-body jets a month by mid-decade, amid growing doubts over the ability of battered supply chains to meet the deadline, industry sources said. 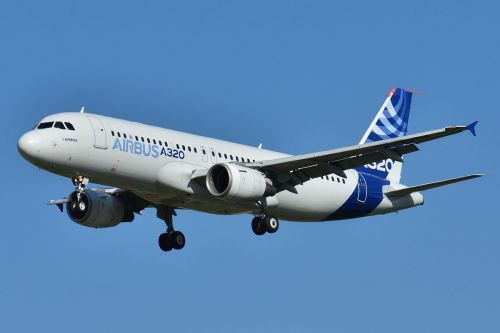 Airbus (AIR.PA) is quietly relaxing pressure on suppliers to commit to a sharp output hike to 75 narrow-body jets a month by mid-decade, amid growing doubts over the ability of battered supply chains to meet the deadline, industry sources said.

Officially, Airbus continues to target output of 75 narrow-body jets a month in 2025, after an interim target of 65 jets slipped last month. It is poised to reaffirm both output goals at an investor meeting later this week, industry sources said.

But as more suppliers sound the alarm over parts and labour shortages, Airbus has privately recognised the challenges of reaching the higher target by 2025 even as it sticks firmly to an earlier goal of 65 a month, up from 50 or so now, they said.

Requests for detailed plans of how suppliers will get to 75 are "going quiet," a senior aerospace source told Reuters.

In July, Airbus pushed back its interim target for 65 A320-family jets a month by six months to early 2024, citing "supply chain challenges". At the same time, Chief Executive Guillaume Faury said Airbus continued to aim for 75 a month in 2025.

"The A320-family monthly production target of 75 for 2025 remains unchanged," an Airbus spokesperson said on Wednesday.

"If you take a look at the projections for Airbus, we think that Airbus by 2025 will be at rate 65 (a month). And Guillaume (Faury) might say rate 75, but we think rate 65 is doable," he told a Morgan Stanley conference.

Others say the end-target is achievable but not before 2026.

A Jefferies poll of suppliers published on Wednesday suggested parts shortages would remain "largely through the end of 2023".

Agency Partners analyst Sash Tusa said a worsening economy pointed to "another bumpy year" in 2023, indicating flatter growth in production through 2025 than Airbus would like.

Some aircraft buyers have also questioned the targets.

"There will be bumps along the way. They may get to 75 (a month), but not necessarily by 2025," BOC Aviation (2588.HK) Chief Executive Robert Martin told Reuters.

Much will depend on whether manufacturers can resolve supply chain difficulties next year, he said.

"But then we have a different problem: potentially there's a demand problem, which is what happens in Europe in particular."

Europe is facing a winter energy crisis expected to weigh on consumer spending. Even so, Airbus and Boeing (BA.N) remain optimistic on underlying travel and airplane demand.

In July, Airbus raised its forecasts for jet deliveries over the next 20 years as high fuel bills and environmental pressures prompt airlines to seek more fuel-efficient planes.

Industry sources say it is also under pressure to raise output to whittle down a bulge of orders in the middle of the decade after many airlines deferred deliveries during COVID-19.

The Airbus spokesperson said on Wednesday the company's production decisions follow "analysis of global demand and an assessment of the readiness of the industrial eco-system".