Irkut plans to retrofit Russian-made Aviadvigatel PD-14 engines on an MC-21-300 jet after removing Pratt & Whitney engines from the plane. 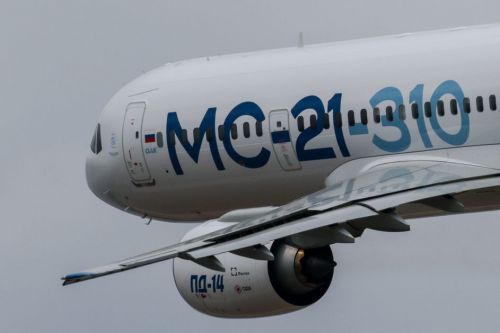 Russian aircraft manufacturer Irkut plans to swap Pratt & Whitney engines for Russian-made Aviadvigatel PD-14 engines on an MC-21-300 jet. Irkut is reportedly planning test flights of the aircraft with the new engines fitted. The move comes more than six months after the US and European nations imposed sanctions on Russia that prevent its airlines from accessing aircraft, engines, and spare parts made in those countries.

According to FlightGlobal, the six-year-old MC-21-300 registered as 73051 and used as a testbed by Irkut was fitted initially with US-made Pratt & Whitney PW1400G engines. But Russian state technology firm Rostec has indicated Irkut will soon test the plane with Russian-made engines.

Irkut has a long history with Pratt & Whitney. In 2019, they ordered 40 PW1400G engines for their MC-21 aircraft program. Deliveries were slated to begin and run through to 2023. Earlier this year, US-imposed sanctions on Russia in response to its invasion of Ukraine stopped deliveries. Pratt & Whitney had planned to deliver 20 of the engines this year.

However, Pratt & Whitney's loss is potentially Rostec's gain. The Aviadvigatel PD-14 is the first turbofan jet engine created in modern Russia. There are high hopes for the product as it prepares to hit the skies with the Irkut MC-21 this decade. Ground testing began nine years ago before flight tests started in 2015. There was then a breakthrough in 2018 when Federal Air Transport Agency Rosaviatsiya issued the aircraft a type certificate. Following this, the PD-14 passed additional tests relating to restrictions on smoke and emissions of "non-volatile particles."

Sanctions cause problems for Rostec and Irkut

As FlightGlobal notes, Rostec developed the PD-14 as a homegrown alternative to foreign manufactured engines. There were also hopes Rostec would snare a sizeable number of international customers. However, the sanctions imposed on Russia earlier this year leave the Rostec-made engines the only available engine for the MC-21 program and minus any export market. 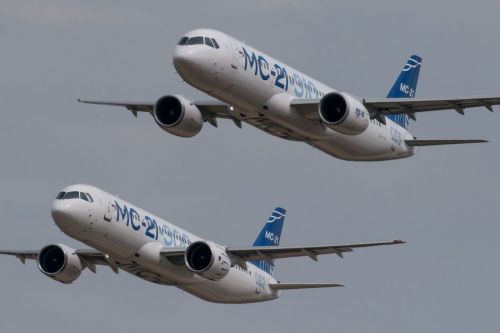 So far, another Irkut testbed aircraft registered as 73055 has operated around 100 flights using the PD-14 engines. All up, 73055 and 73051 will operate nearly 250 flights using the Rostec-made engines throughout the certification process. Rostec Deputy General Director Vladimir Artyakov says the certification process is "proceeding according to plan."

Like the PD-14 engines, the mid-range MC-21-300 aircraft program is a work in progress that dates back over a decade. The aircraft has been making test flights since 2017, but the aircraft type is yet to enter service with commercial passenger airlines. Unfortunately for Irkut and the Russian Government's push towards sovereign aircraft manufacturing capabilities, between 40% and 50% of the MC-21-300 jet's supplied components are imported, and sanctions mean many scheduled deliveries are not forthcoming. 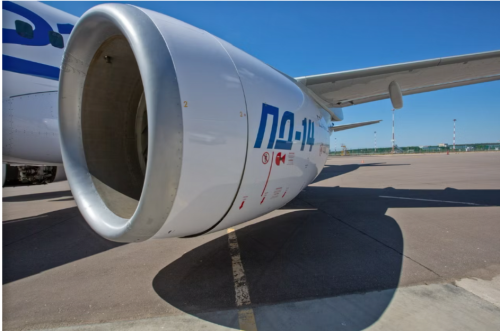 Irkut says they've found alternative suppliers for many parts from sources in China, India, Brazil, and the Gulf states. However, sanctions-related delays are causing further blowouts in the MC-21-300 program. The swapping of the Pratt & Whitney engines for Russian-made Aviadvigatel PD-14 engines is just another time-consuming complexity in this tale.